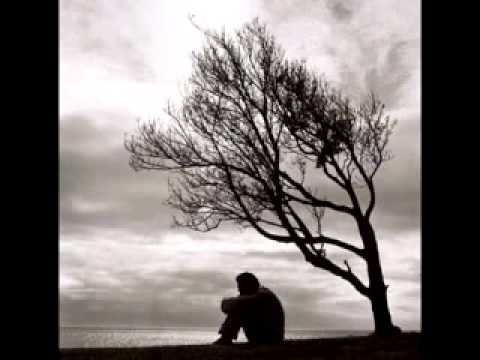 Last summer at a writers’ workshop in Oregon, the novelists Anthony Doerr, Karen Russell and Elissa Schappell were chatting over cocktails when they realized they had all published work in the same magazine. It wasn’t one of the usual literary outlets, like Tin House, The Paris Review or The New Yorker. It was Rhapsody, an in-flight magazine for United Airlines.

It seemed like a weird coincidence. Then again, considering Rhapsody’s growing roster of A-list fiction writers, maybe not. Since its first issue hit plane cabins a year and a half ago, Rhapsody has published original works by literary stars like Joyce Carol Oates, Rick Moody, Amy Bloom, Emma Straub and Mr. Doerr, who won the Pulitzer Prize for fiction two weeks ago.

As airlines try to distinguish their high-end service with luxuries like private sleeping chambers, showers, butler service and meals from five-star chefs, United Airlines is offering a loftier, more cerebral amenity to its first-class and business-class passengers: elegant prose by prominent novelists. There are no airport maps or disheartening lists of in-flight meal and entertainment options in Rhapsody. Instead, the magazine has published ruminative first-person travel accounts, cultural dispatches and probing essays about flight by more than 30 literary fiction writers.

An airline might seem like an odd literary patron. But as publishers and writers look for new ways to reach readers in a shaky retail climate, many have formed corporate alliances with transit companies, including American Airlines, JetBlue and Amtrak, that provide a captive audience.

Mark Krolick, United Airlines’ managing director of marketing and product development, said the quality of the writing in Rhapsody brings a patina of sophistication to its first-class service, along with other opulent touches like mood lighting, soft music and a branded scent.

“The high-end leisure or business-class traveler has higher expectations, even in the entertainment we provide,” he said.

Some of Rhapsody’s contributing writers say they were lured by the promise of free airfare and luxury accommodations provided by United, as well as exposure to an elite audience of some two million first-class and business-class travelers.

“It’s not your normal Park Slope Community Bookstore types who read Rhapsody,” Mr. Moody, author of the 1994 novel “The Ice Storm,” who wrote an introspective, philosophical piece about traveling to the Aran Islands of Ireland for Rhapsody, said in an email. “I’m not sure I myself am in that Rhapsody demographic, but I would like them to buy my books one day.”

In addition to offering travel perks, the magazine pays well and gives writers freedom, within reason, to choose their subject matter and write with style. Certain genres of flight stories are off limits, naturally: no plane crashes or woeful tales of lost luggage or rude flight attendants, and nothing too risqué.

“We’re not going to have someone write about joining the mile-high club,” said Jordan Heller, the editor in chief of Rhapsody. “Despite those restrictions, we’ve managed to come up with a lot of high-minded literary content.”

Guiding writers toward the right idea occasionally requires some gentle prodding. When Rhapsody’s executive editor asked Ms. Russell to contribute an essay about a memorable flight experience, she first pitched a story about the time she was chaperoning a group of teenagers on a trip to Europe, and their delayed plane sat at the airport in New York for several hours while other passengers got progressively drunker.

“He pointed out that disaster flights are not what people want to read about when they’re in transit, and very diplomatically suggested that maybe people want to read something that casts air travel in a more positive light,” said Ms. Russell, whose novel “Swamplandia!” was a finalist for the 2012 Pulitzer Prize.

She turned in a nostalgia-tinged essay about her first flight on a trip to Disney World when she was 6. “The Magic Kingdom was an anticlimax,” she wrote. “What ride could compare to that first flight?”

Ms. Oates also wrote about her first flight, in a tiny yellow propeller plane piloted by her father. The novelist Joyce Maynard told of the constant disappointment of never seeing her books in airport bookstores and the thrill of finally spotting a fellow plane passenger reading her novel “Labor Day.” Emily St. John Mandel, who was a finalist for the National Book Award in fiction last year, wrote about agonizing over which books to bring on a long flight.

“There’s nobody that’s looked down their noses at us as an in-flight magazine,” said Sean Manning, the magazine’s executive editor. “As big as these people are in the literary world, there’s still this untapped audience for them of luxury travelers.”

United is one of a handful of companies showcasing work by literary writers as a way to elevate their brands and engage customers. Chipotle has printed original work from writers like Toni Morrison, Jeffrey Eugenides and Barbara Kingsolver on its disposable cups and paper bags. The eyeglass company Warby Parker hosts parties for authors and sells books from 14 independent publishers in its stores.

Amtrak is becoming an incubator for literary talent in its own right. Last year, it started a residency program, offering writers a free long-distance train trip and complimentary food. More than 16,000 writers applied and 24 made the cut.

Like Amtrak, Rhapsody has found that writers are eager to get onboard. On a rainy spring afternoon, Rhapsody’s editorial staff sat around a conference table discussing the June issue, which will feature an essay by the novelist Hannah Pittard and an unpublished short story by the late Elmore Leonard.

“Do you have that photo of Elmore Leonard? Can I see it?” Mr. Heller, the editor in chief, asked Rhapsody’s design director, Christos Hannides. Mr. Hannides slid it across the table and noted that they also had a photograph of cowboy spurs. “It’s very simple; it won’t take away from the literature,” he said.

Rhapsody’s office, an open space with exposed pipes and a vaulted brick ceiling, sits in Dumbo at the epicenter of literary Brooklyn, in the same converted tea warehouse as the literary journal N+1 and the digital publisher Atavist. Two of the magazine’s seven staff members hold graduate degrees in creative writing. Mr. Manning, the executive editor, has published a memoir and edited five literary anthologies.

Mr. Manning said Rhapsody was conceived from the start as a place for literary novelists to write with voice and style, and nobody had been put off that their work would live in plane cabins and airport lounges.

Still, some contributors say they wish the magazine were more widely circulated.

“I would love it if I could read it,” said Ms. Schappell, a Brooklyn-based novelist who wrote a feature story for Rhapsody’s inaugural issue. “But I never fly first class.”

Verne Gagne, Wrestler Who Grappled Through Two Eras, Dies at 89